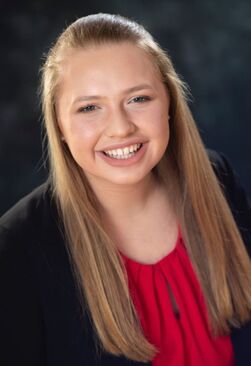 Caroline has competed in dairy bowl contests at the national level as well as being an active
4-H member. "Her sunny demeanor and hard working affect make Caroline a delight to work with." said Ryan Haines, who nominated her, "she's always willing to lend a hand to fellow exhibitor's and can often be found helping younger kids improve with their animals."
​
Today, she is enrolled at Penn State majoring in animal science. Arrowsmith’s long-term goal is build a career focusing on calves and heifers either working as a farm’s calf or youngstock manager or a calf specialist for a nutrition company.

As a reward for her achievements, Arrowsmith was awarded $100 by the foundation during the Premier National Junior Jersey Show.